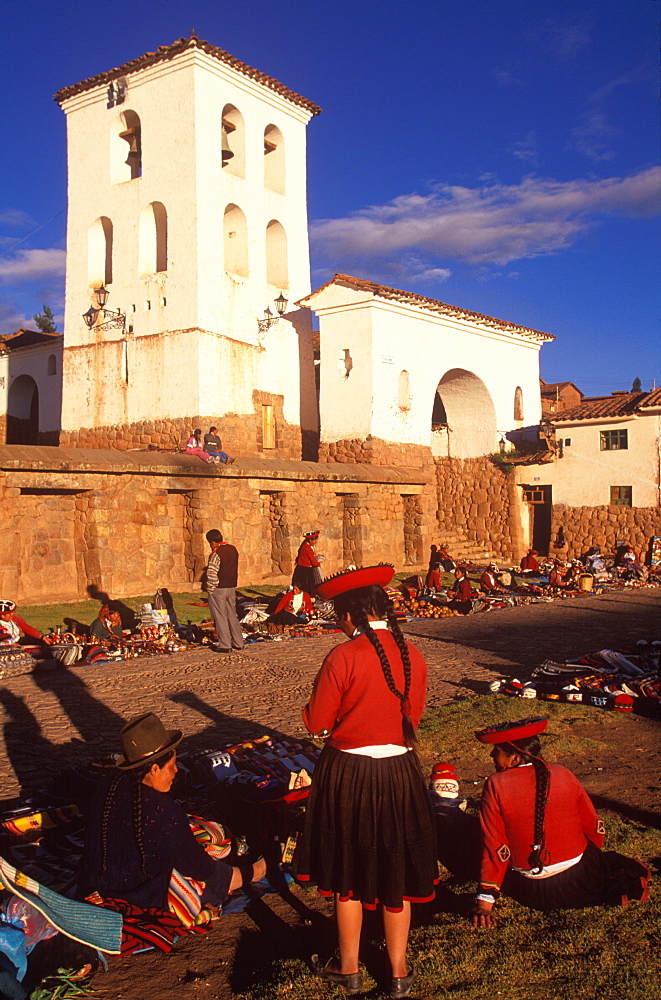 It is located in the town of Chinchero, in the district of the same name, Urubamba Province. It was declared an Archaeological Park through National Directorial Resolution No. 515 of 2005.

It is accessed by the paved road (Cusco – Chinchero) at a distance of 30 kilometers.

From the chronological point of view, the pre-Hispanic settlement of Chichero was occupied by the Killke ethnic group, prior to the Inka culture, linked to agriculture and grazing activities of South American camelids. The archaeological investigations carried out in the Capellanpampa sector revealed pottery affiliated with that period.

The Chinchero inkas palaces correspond to the foundation of Tupac Yupanqui, who took special care in its planning, pattern to be built and the treatment of architecture. For this, he summoned the best alarifes and teachers of Tawantinsuyo, considering that it was a residence for the Inka elite, linked to sacred apus such as the snowy Salkantay, Verónica and Soraq. In 1493, when he was eighty years old, his government ended and he retired to live in Chinchero, where he died.

The archaeological studies carried out in the sector of the plaza, the church, the atrium and the surrounding areas, confirm that this Inka city was reoccupied during the colonial period taking advantage of the preceding structures, in the construction of the colonial temple. In an episcopal report from 1550, it is mentioned that in the current place Chichero the Parish of Monserrate was built, a religious monument that keeps mural painting of exquisite quality by the painter Diego Cusihuamán as well as large-format paintings of Cusco, with iconography of life of the Virgin, by the indigenous painter Francisco Chihuantito. The wealth of the Christian enclosure is completed by its Baroque altarpieces and other samples of Colonial art.

The Spanish archaeologist José Alcina Franch indicates that in documents from the year 1583, “there is talk of the distribution of Chinchero and Cupirpongo entrusted to Don Francisco Loayza of this date, the destruction of the indigenous cemetery, which is related to the constructions of the Piuray canal, must correspond to the Cusco and the Chinchero church ”giving a monumental character to the complex and presenting it as a sample of the level reached and the improvement of Inca architecture.

The archaeological monument has been built with cyclopean stones that rise, with great beauty, at the top, crowning and affirming its monumentality, there are enclosures, shrines and terraces arranged in two large sectors: the urban one, formed by a set of rooms of ceremonial and residential type for the noble and agricultural class made up of the terraces of Pumaqapa, Chincana and Condorqaqa. These constructions are adapted to the sinuosity of the terrain and have great aesthetic value.

Chichero has historically fulfilled the role of the main road to the Sacred Valley of the Incas, evidenced by the Qhapaq Ñan from Chinchero to Urquillos and the road that connects Saqsaywaman with Chinchero.